THE WORD BECAME FLESH AND MOVED INTO THE NEIGHBOURHOOD.

WHAT WE STAND FOR

MoveIn is about copying Jesus’ example (Phil. 2:5-7) by literally moving in to the neighbourhood.

We are encouraging all young Christians to ask themselves to move where they move on purpose and to challenge their default motivations.

Something amazing happens when a group of Christians intentionally moves into a neighbourhood to pray (Acts 1:14) and be. In doing so, they have chosen to become part of the neighbourhood. While believers are already present and active in the communities where we go, there is a need for more of them.

Rather than visiting or serving and then going away, these intentional Christians share in their neighbourhood’s joys, and in its troubles (Rom. 12:15); they are there as salt and light (Matt 5:13-14); serving (Matt 25:40); and sharing Christ with the community around them (Matt 28:18-20).

“For you know the grace of our Lord Jesus Christ, that though he was rich, yet for your sakes he became poor, so that you through his poverty might become rich.” 2 Corinthians 8:9 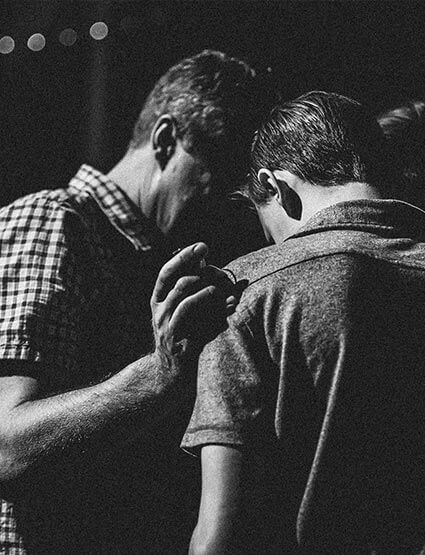 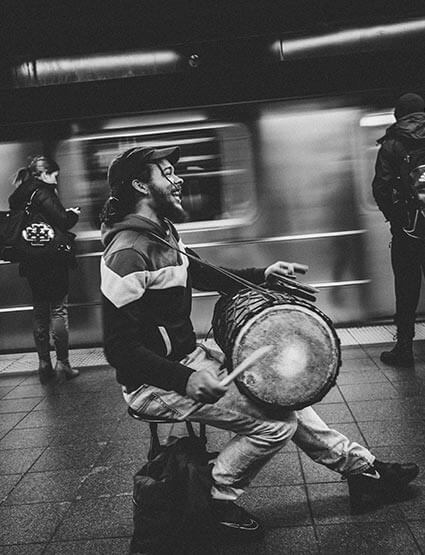 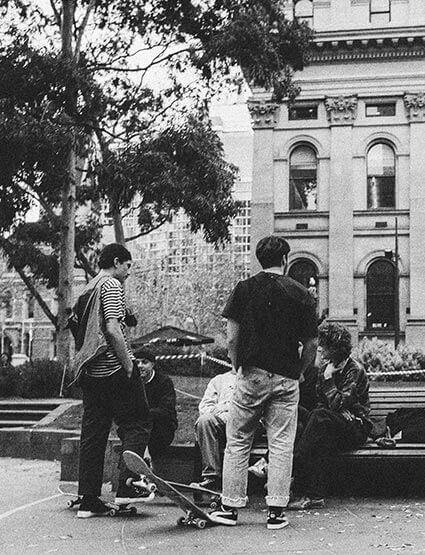 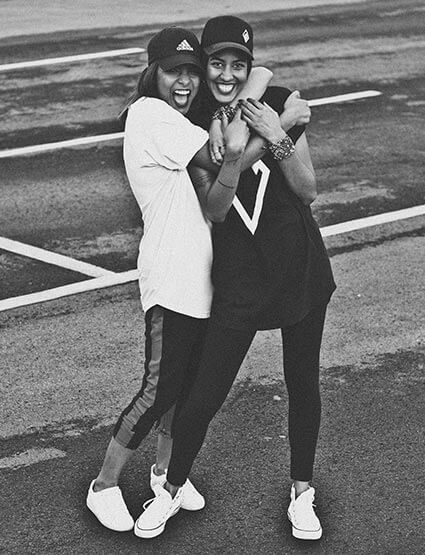 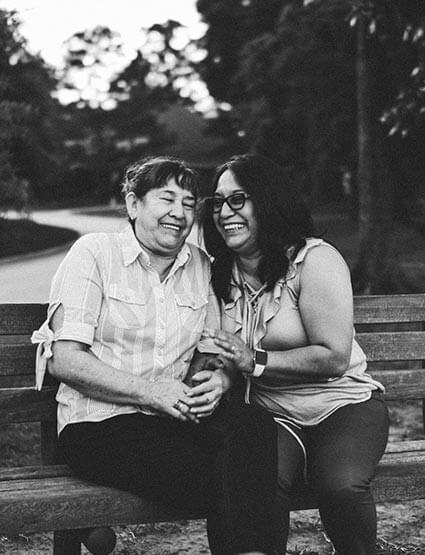 MoveIn began in January 2009 when God gave MoveIn founder and director Nigel Paul the vision to see teams of regular Christians move in and pray in high-needs neighbourhood “patches” in Toronto and beyond. May 2009 saw the first MoveIn conference with more than 700 in attendance. Teams formed quickly after that and have been increasing in number since.

“Keep telling the stories” We tell the MoveIn story often because it is important to “remember” and praise God for all He has done. Like the Israelites in the wilderness, we are prone to forget what God has done in our lives individually, and together. Because of their—and our—forgetfulness, God reminded the Israelites over and over: “Remember that you were slaves in Egypt and that the LORD your God brought you out of there with a mighty hand and an outstretched arm” (Deut. 5:15).

Early on in MoveIn, a wise older man gave our movement a similar exhortation: “Keep telling the stories,” he said. And so, we have endeavoured to do that. Each instance of remembering what God has done has been an opportunity to thank Him for His faithfulness.

The Verse John 1:14 says this: “The Word became flesh and dwelled among us” (NIV). The word “dwelled” can also be translated “tabernacled” (Young’s Literal Translation). It’s a reference to the tabernacle in the Israelite camp in the Old Testament; the place where God’s presence could be found.

The Message paraphrase puts it in a thought-provoking way: “The Word became flesh and blood and moved into the neighbourhood.” It seems a bit far-fetched—until we look more closely and see that this is how God has always chosen to dwell among us: He walked with us in the garden; He “pitched his tent” with us in the Israelite camp; He grew up as a carpenter’s son in our village; and then He came to eat and drink with us, sinners.

In early 2008, God led me to move into a Muslim-majority neighbourhood in Toronto at the invitation of a group of friends who had started a church-plant there. It was a powerful experience because it felt like—and was—real missions: prayerful, intense, difficult, and amazing to watch God work.

In January 2009, God gave me two words: “move in”. It was a message for my generation to imitate Christ and literally move in to the neighbourhood, specifically among the unreached, urban poor.

I wasn’t endeavouring to name a movement, but we later became known as the “move in” people. That’s how we got our name.

After I put the vision online, at movein.to, I began to meet one-on-one with many people who were interested in moving in. Before long, the idea of a conference began to emerge; we were thinking 30 or 40 people at first. The Peoples Church and its Senior Pastor, Charles Price, got behind us. Just 12 weeks later—in May 2009—the conference happened, and 700 people came.

At the end of the 24-hour conference, seven or eight “emerging teams” had committed to pray weekly about moving into a specific neighbourhood patch until God led them to move in or not.

Amazingly, over the course of that summer, many of those first “potential MoveIners” did move in, and by the end of that year there were about 40 MoveIners on 10 teams. By the end of the following year—2010—there were about 15 teams. Then 25 teams in 2011, and 35 teams in 2012. Today, MoveIn continues to spread across cities in Canada, the USA, Mexico, Europe and soon, Asia.

Together, we have seen God work. We have seen people from Iran and Japan and Israel and Canada and India and other countries come to know Jesus. We have reeled with our neighbourhoods in the wakes of shootings; been a shoulder to cry on when a newcomer’s loved one has died; and, in our own times of need, been profoundly moved by the love of our neighbours to us.

It’s All About Him

MoveIn began in 2009. It is a story for all of us. But MoveIn is about far more than us MoveIners. God raised up MoveIn for people who have never heard of MoveIn. That is because God did not raise up MoveIn for us, but for the poor and the unreached.

We MoveIners have been found by God, and we have found God. Now God is leaving the 99 sheep behind to go and find the one lost sheep (Luke 15:4). MoveIn is about that one lost sheep – whole neighbourhoods at a time. And one person at a time.

MoveIn is about God himself. This is His Story, a small part of His Great Plan. Colossians 1:16 reminds us, “For in him all things were created: things in heaven and on earth, visible and invisible, whether thrones or powers or rulers or authorities; all things have been created through him and for him.” It’s all about Him.

Let us grow in our personal experience of knowing God’s love and in truly loving one another (John 13:34). At the same time, let us be wary of our propensity to believe that it is mostly about us. Instead, may the Lord so fill us with Himself that we are emptied of ourselves (Phil. 2:7).

Let us thank God for all He has done. Let us “keep telling the stories.” Let us praise God for His faithfulness. Let us marvel at how He uses us to bring life to our neighbours. And, by God’s grace, may we as a movement be all about Him.

Since I was young I have lived in a difficult place, and I have experienced how to be poor. When I joined MoveIn I was happy because I had another family with God and together we pray for the neighbors. 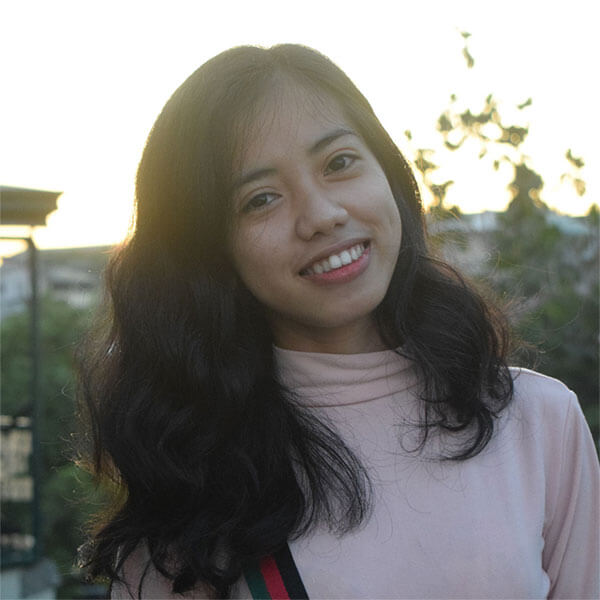 In a climate that prioritizes individual achievement and wealth, and the middle class steadily dissipating, we see that it’s crucial to unite and walk alongside one another to tackle the challenges life throws at us. We believe that’s Jesus’ way of addressing it. We remain moved in as we see the beauty of a neighbourhood community come together. 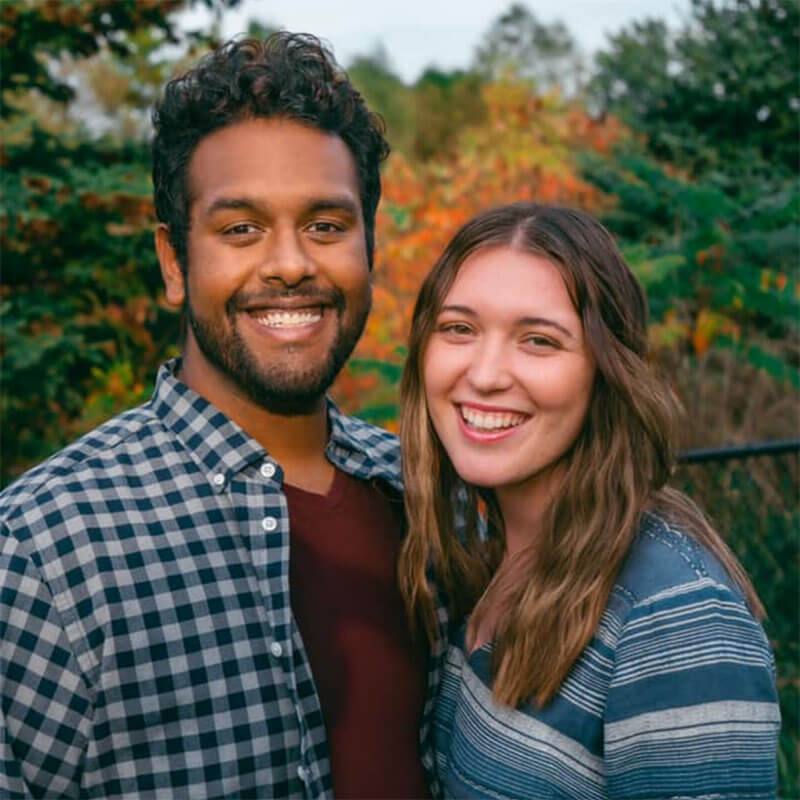 One of the joys of being moved in is getting in on what God’s already doing in the lives of our neighbours. It’s our privilege, as regular people, to follow Jesus and learn to love and serve through the challenges of our neighbourhood. 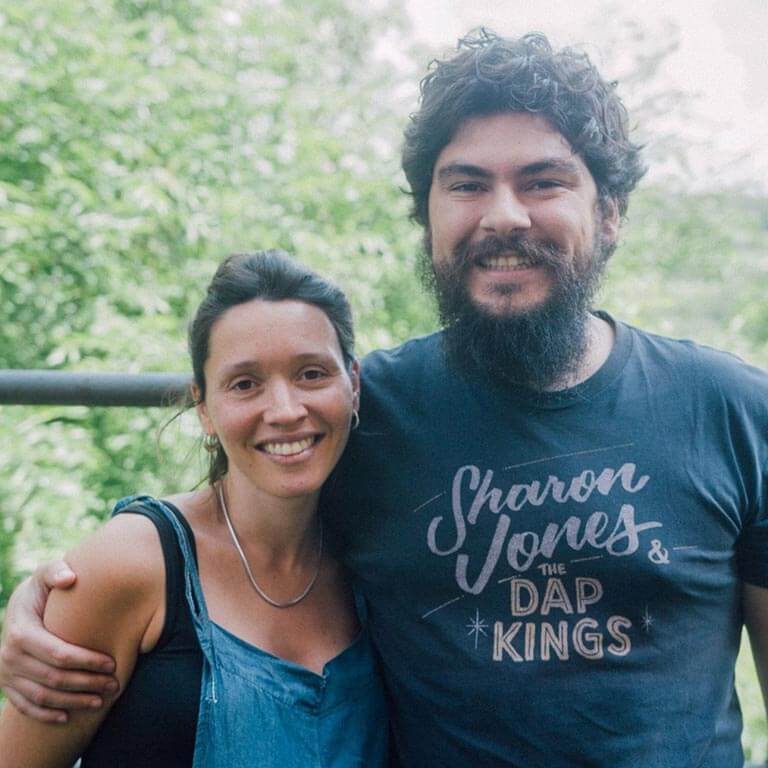 I moved from El Salvador to Europe to live in an unreached neighbourhood with Movein. My deep desire is for more people to experience the love and grace of Jesus, as I did! 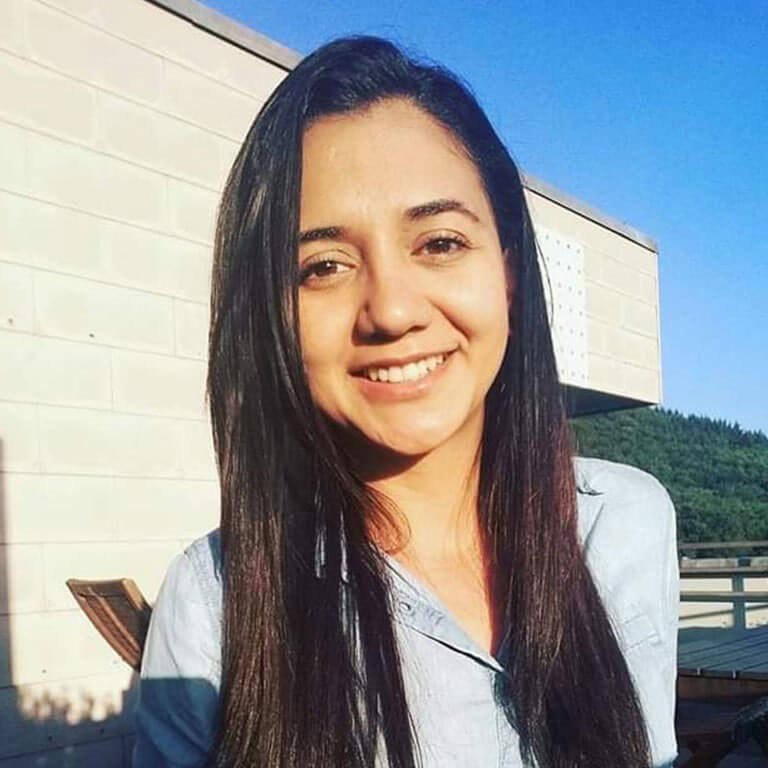 We have been ‘moved in’ for 4 years and chose to become a part of the lives of our neighbours, learning about and accepting all of our differences. One of the hardest things is the poverty here. How can we possibly respond to all the need? 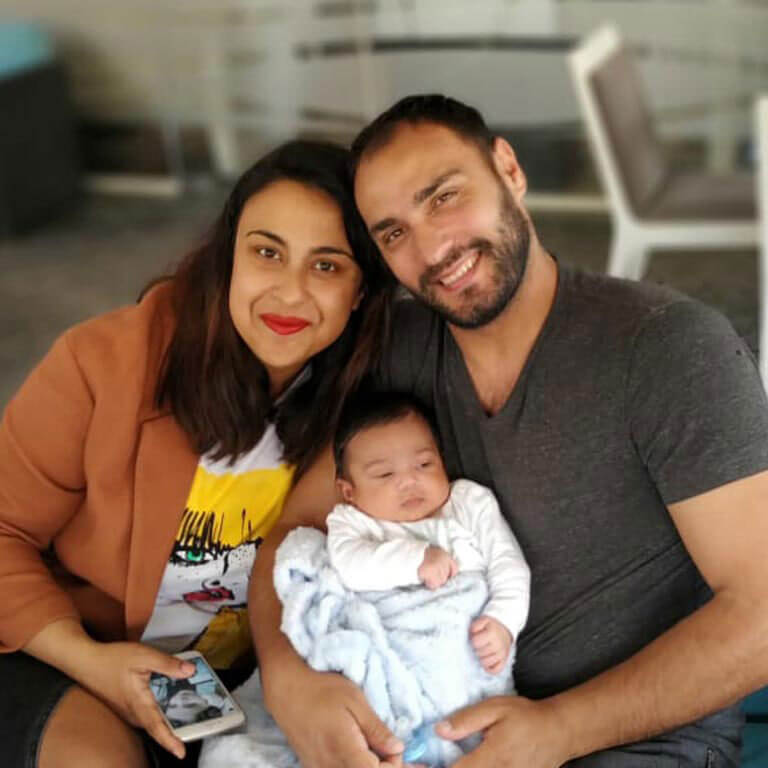 I love our patch and like living here most of the time. But the constant noise, garbage and the extremely high crime rates also make it really challenging. If Jesus wasn’t the example we’re following, I probably wouldn’t last here! 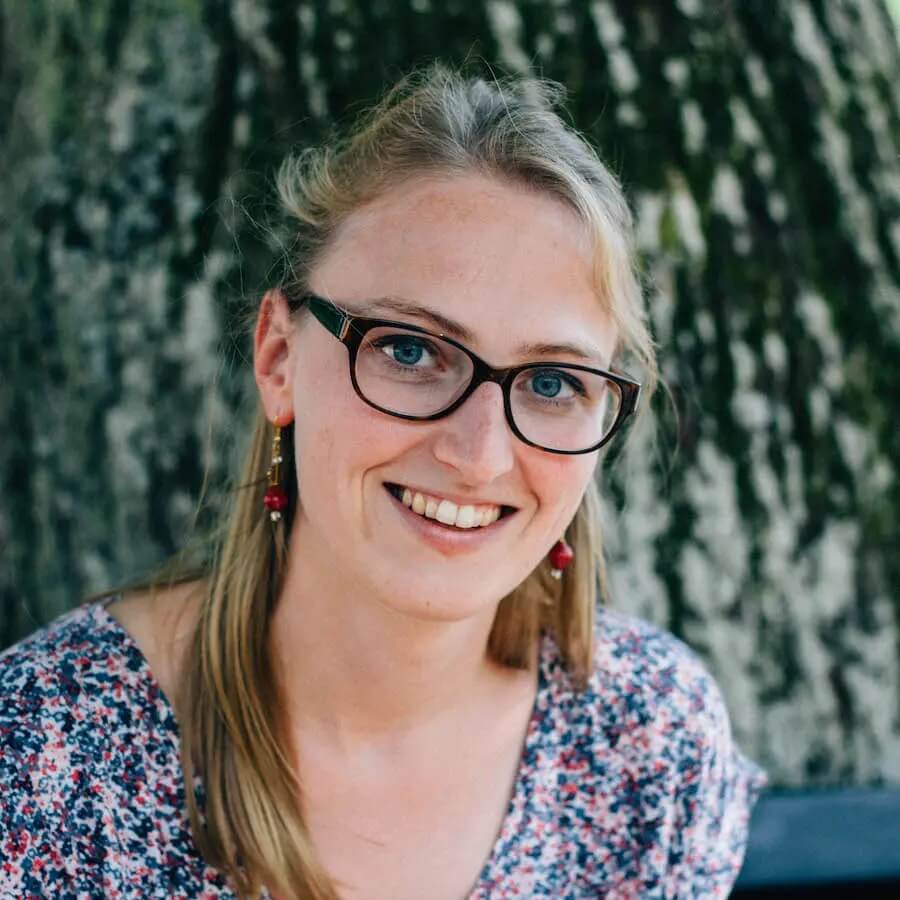 A neighbour told us we should have never moved here. He said it’s a hopeless place. But we have different eyes and see the potential in people that God has for them. 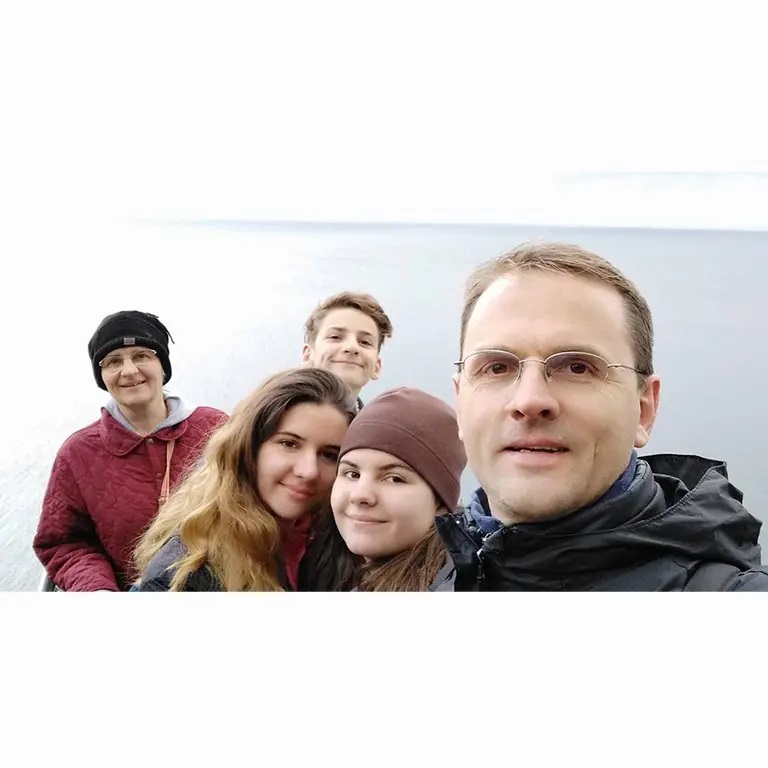 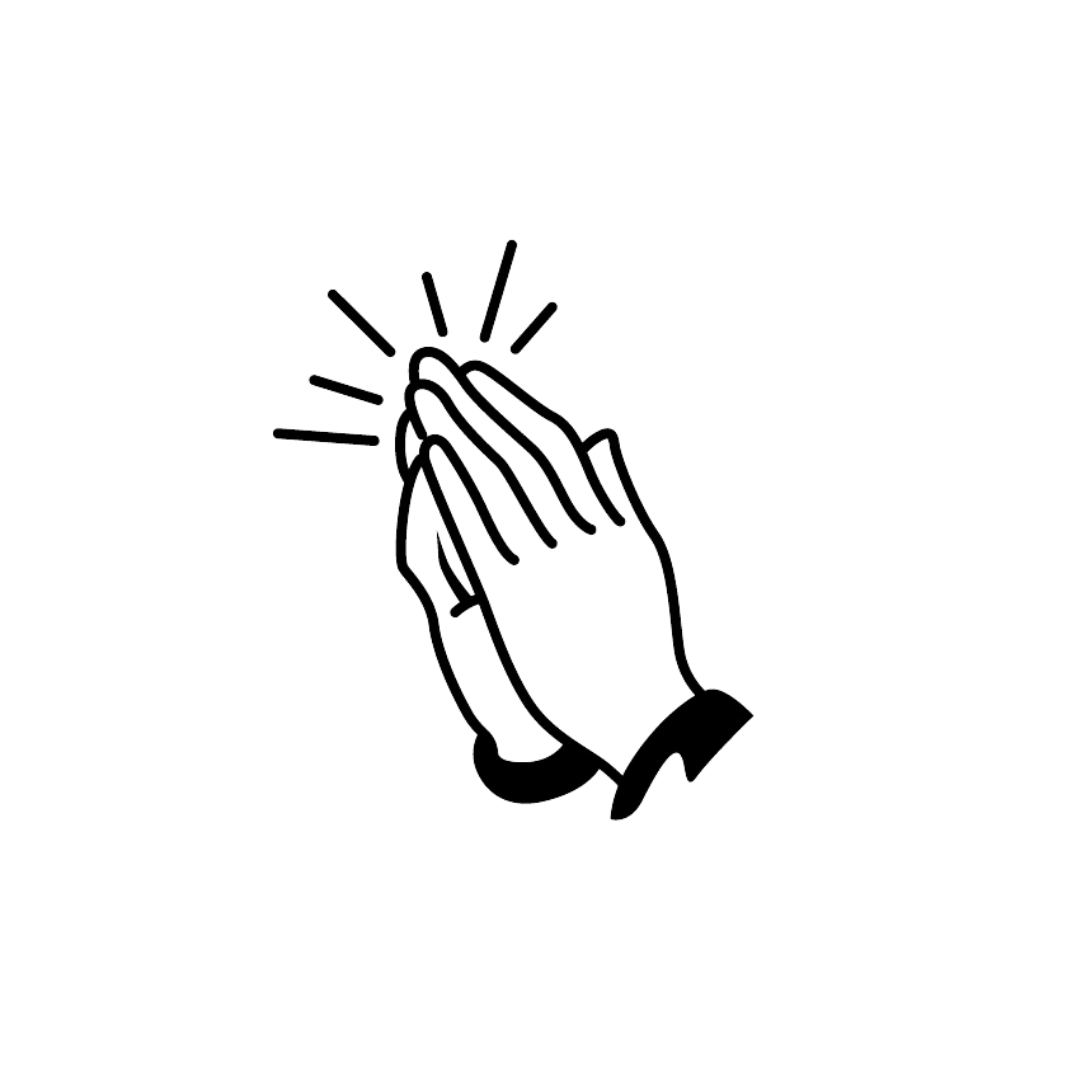 Prayer is our primary commitment. Each team prays together weekly. 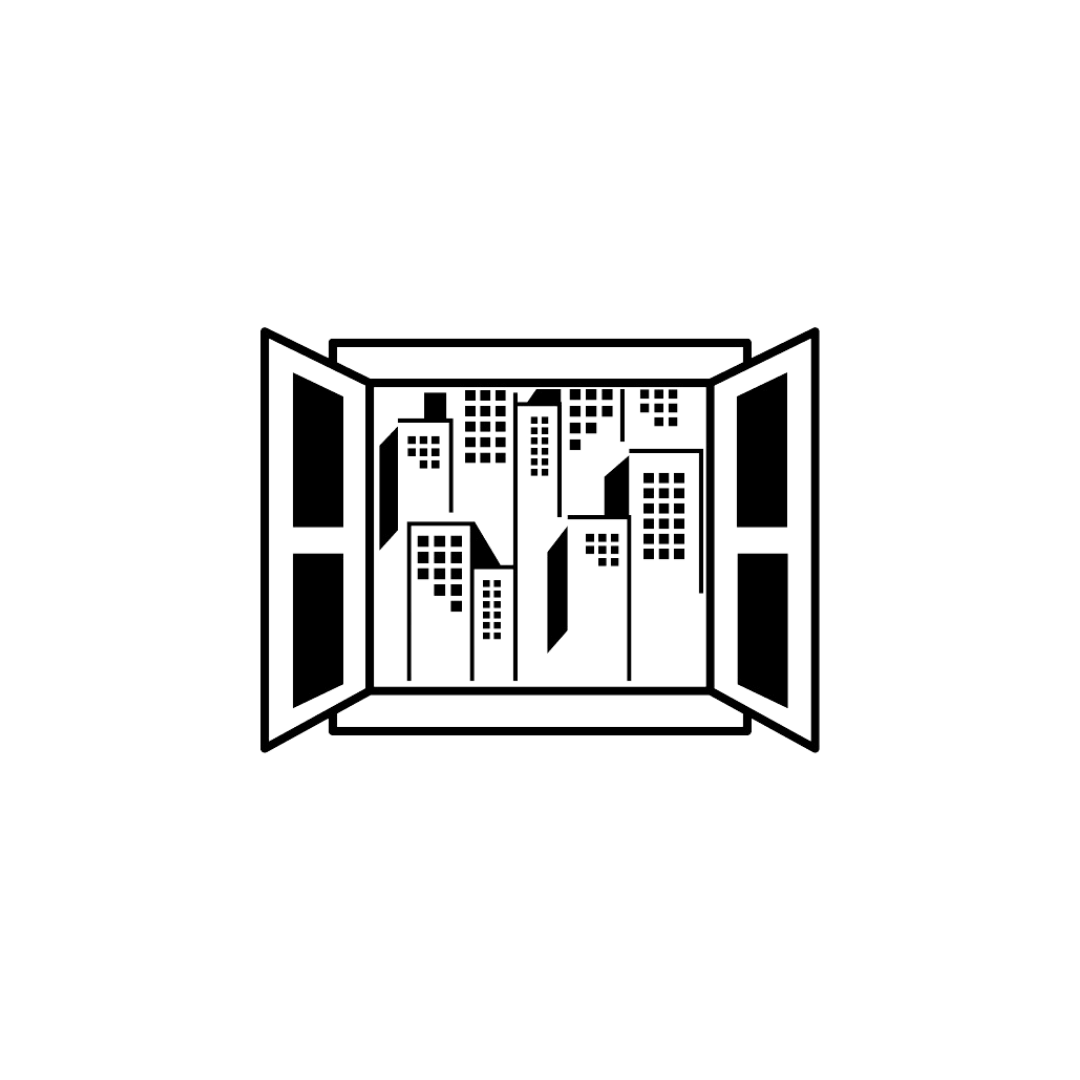 We move right into the patch and are present in the lives of our neighbours. We desire more of God’s presence amongst us and in our communities. 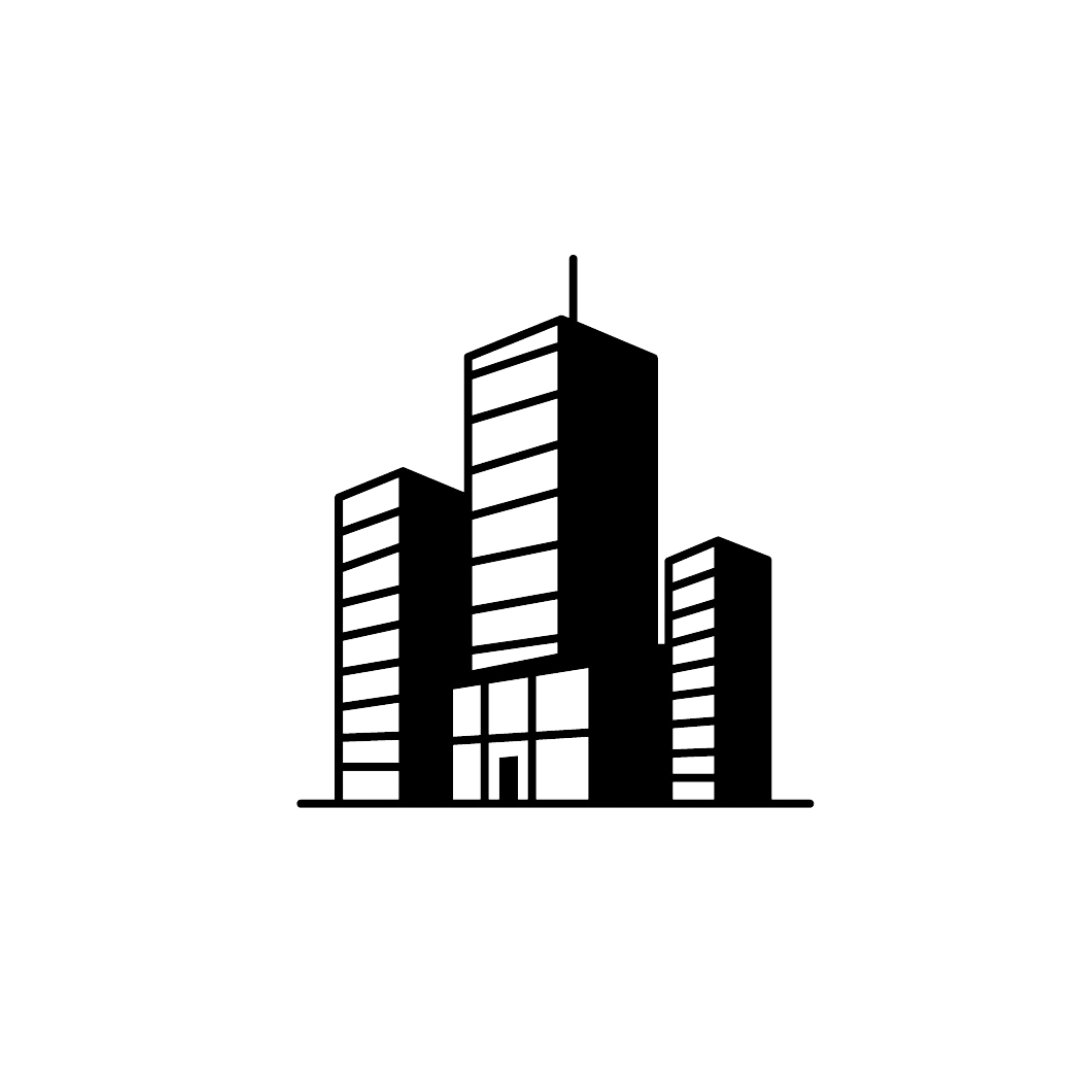 We only move into high-density city “patches” among people who are poor and have never heard the Gospel. 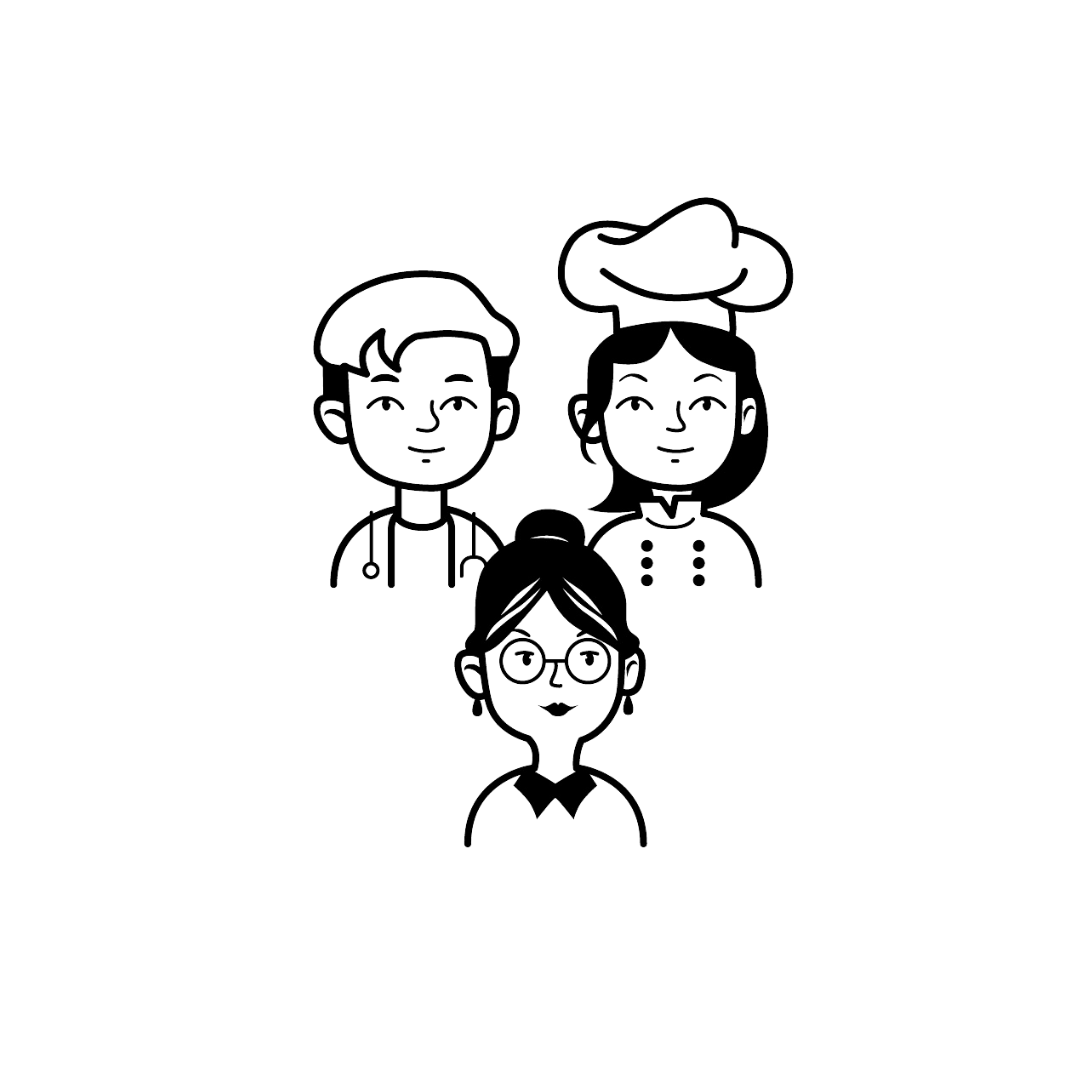 We are regular people, not professional ministers. We have jobs or are students. We are accountable to our local churches and move in as teams made up of two or more individuals, couples or families. 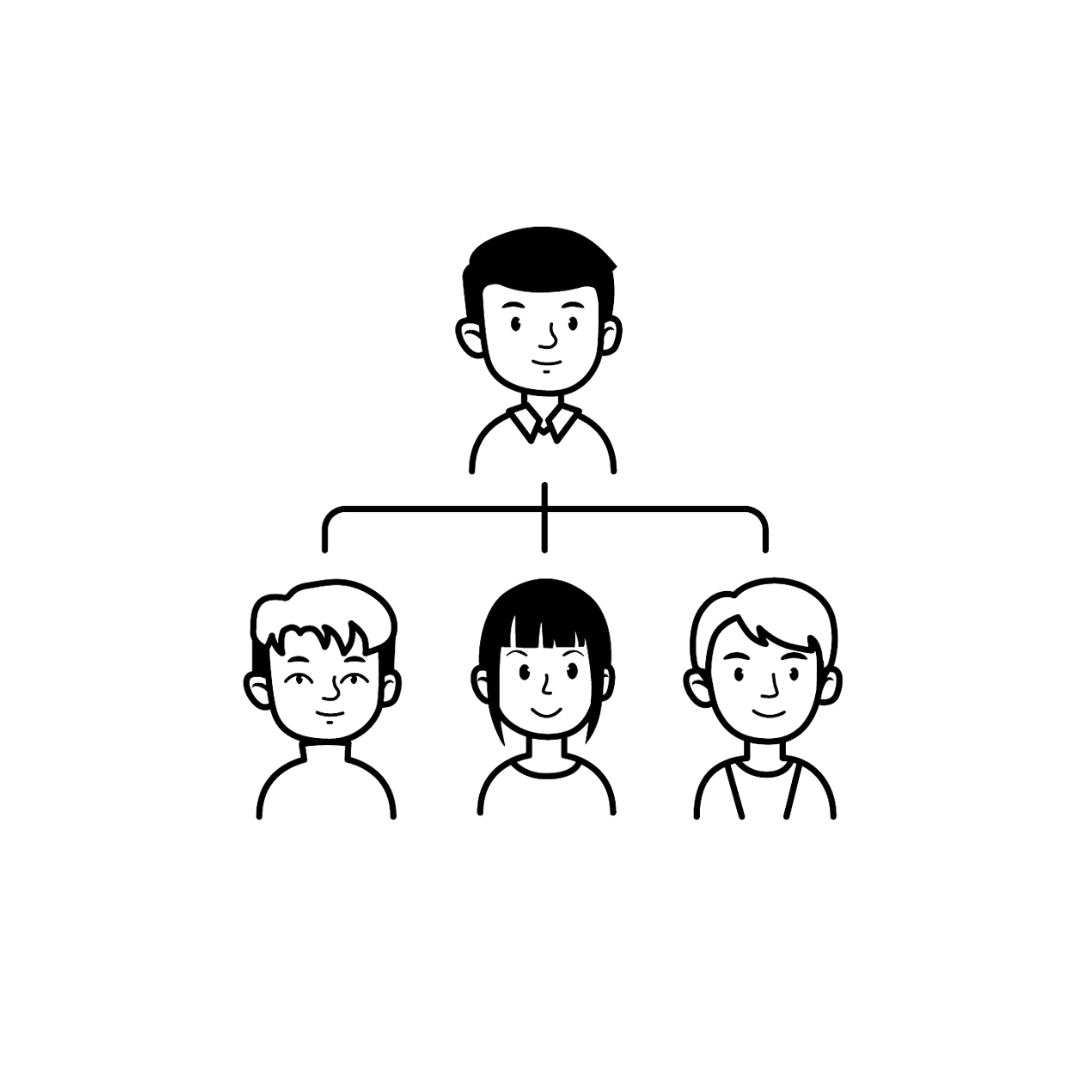 We make reproducing disciples. When neighbours come to Christ, we integrate them into existing local Churches or disciple them in patch-based Church plants to reach and disciple others.

We desire to be poor in spirit (Matt. 5:3). Many of our values flow from this desire for brokenness: desperate dependence on God, teachability, flexibility, vulnerability, and humility. We ask: How can we love our neighbour as ourselves (Mark 12:30-31)?

All Christians have a role in God’s great plan (Matt. 28). Some are called to rely on the wider Body of Christ for their material needs; most are called to work for income. Our focus is to empower this majority whose work–like the apostle Paul’s tentmaking–is part of their calling (Acts 20:33-35).

We are relationship-oriented, not emphasizing programs. We guard our time for relationships with individuals and families (John 4). We believe that communities are transformed relationally (Acts 2:47).

The Wider Body of Christ

We need the wider Body of Christ. We are part of countless churches and are indebted to them; we depend on partnership; we seek out mentors (1 Cor. 12:12-30).

Subscribe to our NEWSLETTER to stay connected with MoveIn!
Questions? EMAIL us.